“As we reach a day urging us to remember the impact of transphobia worldwide, media stories at home are making the depth of our own anti-trans sentiment impossible to forget.”

Ahead of the 2017 Transgender Day of Remembrance our CEO Monty Moncrieff talks about the current social climate for trans people in the UK.

Monday 20th November 2017 marks 19 years of the annual Transgender Day of Remembrance. The day is a moment to reflect, remember and honour the lives and memories of trans and gender-variant people whose lives have been lost to violence around the world.

It comes as reports indicate an increase in violence against trans people: the USA has recorded at least 25 murders of trans people this year, a record number, but this is dwarfed by the number recorded in South America, with over 150 brutal trans deaths in Brazil alone since last year’s Remembrance event. 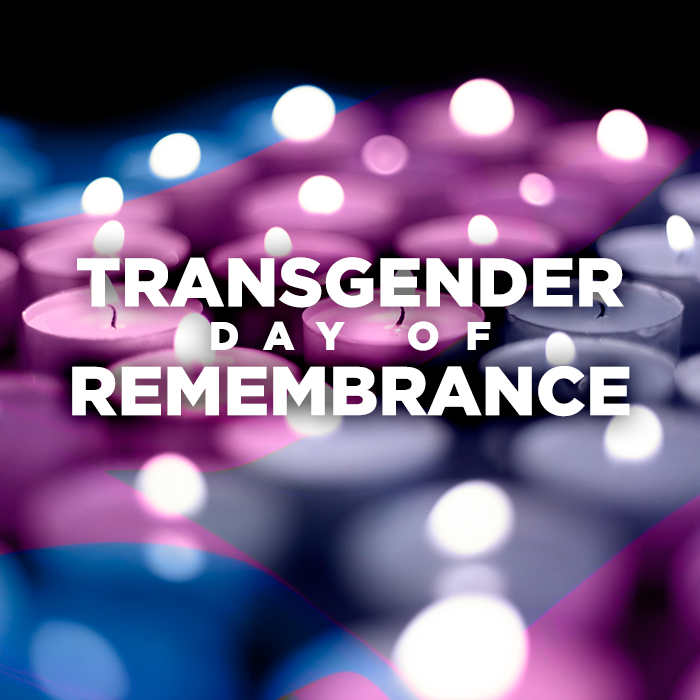 Extreme violence like this is the product of extreme transphobia. Closer to home in the UK this level of violence is thankfully far rarer an occurrence, and trans people possess many legal protections such as the right to access medical care where required and the ability to have your (binary) gender identity recognised in law. In fact, the Government has even announced its intention to simplify the process by which this is done.

That intention seems to have unleashed what feels like a daily barrage of media stories portraying trans people in a negative light. As we reach a day urging us to remember the impact of transphobia worldwide, such stories at home are making the depth of our own anti-trans sentiment impossible to forget.

For many people, trans issues, especially the emergence of more people feeling able to express their gender identity in non-binary ways, are new, mysterious, and at times confusing. The media can help enormously in the public’s understanding of trans people and the issues they can face, as it undoubtedly did through people like Nadia Almada winning Big Brother, and Channel 4’s well-received My Transsexual Summer. Shows like these allowed us to get to know some trans people, to see their joy, their pain, their everyday reality.

Lately, some of the media has been less forgiving.

Some of the debate appears designed to misrepresent trans people ahead of that Gender Recognition Act review. We don’t yet know what the Government will propose to simplify this process, but that hasn’t stopped the claims that people will be able to demand legal recognition in a new gender by simply saying they have changed. I suspect the process will not be quite this easy, and evidence, rather than simple statement, of a change of role will still be required. It’s possible this could be current evidence of social transition such as a passport or other official documents in the new gender. It certainly won’t be, as some would claim, something granted on a whim.

Other reports claim a powerful ‘transgender lobby’ are forcing the erasure of men and – mostly – women, through attempts to force in gender neutral language. One piece of ‘evidence’ for this was a claim the Government wanted to use the term ‘pregnant people’ rather than pregnant women. Now, I’m not a journalist but it took me less than 5 minutes on Google to find the source document for this, a line in a consultation document which wanted to ensure that a right applicable to pregnant women wasn’t inadvertently taken away from a trans person who is pregnant but doesn’t identify as a woman. The term ’pregnant people’ wasn’t even mentioned anywhere, and never has been suggested by Government. Surely an experienced journalist with investigative integrity could also root that out as easily as I did, but why let the truth get in the way of some good old-fashioned manufactured outrage, eh?

The tone of coverage has also taken a sinister turn. Last week The Sunday Times published an article declaring trans children were being ‘sacrificed’ by being given irreversible gender treatments like surgery. This is not only a blatant lie – surgery is only available to adults in the UK – but it also creates a false impression of gender identity support for young trans people, the very point of which is to provide, over time, space for young people to discuss their feelings with families and professionals before deciding what’s right for them as adults. Another line perpetuated to criticise this support is that many young people referred to specialist support don’t go on to transition, although to me that seems like evidence that clinics are doing exactly their job: separating those young people who display a consistent and enduring strong identity in a different gender role and those whose feelings are resolved in other ways.

England’s sole gender identity service for young people has today spoken out to counter some of this misinformation. Reading it from their perspective makes it clear their “watchful, waiting” approach is one of some caution.

Of course, all the media commentators ever really say they want is that all-important ‘debate’. Working in LGBT health I’ve been following this ‘debate’ for many years now, and the questions haven’t much changed. Neither has the refusal to accept some of the answers. I can understand why trans people – who have been subjected to the same questions about themselves year after year – might feel a little fatigued. I can also understand that, when couched in inflammatory language like ‘sacrificing children’, you’ve really got to wonder about both the motives and the terms of this ‘debate’.

But discussion is not always a bad thing; I’ve highlighted above how media that allows us to properly understand the lives of trans people can have a positive impact. The key here is the honesty and the dignity with which it’s done. There are legitimate questions we can ask: we could all benefit from knowing why the myth of surgery on children persists; from a better understanding of why there’s an unexplained upswing in adolescent girls being referred to discuss their feelings further; and from a better understanding of what causes a very small number of people to regret transition. There’s plenty of work to do too to assure those who fear the advancement of trans rights will come at the expense of women that this is not a case of either/or – our rights are won together. But this has to happen honestly and respectfully, and needs a heck of a lot more integrity from our journalists.

So, join me this Transgender Day of Remembrance to honour our dead and to remember our living. Join me in supporting trans people and challenging the climate we’re currently facing. And join me in doing it with dignity, respect and the truth.

Information about the London TDOR event on Monday 20th November 2017 can be found here.