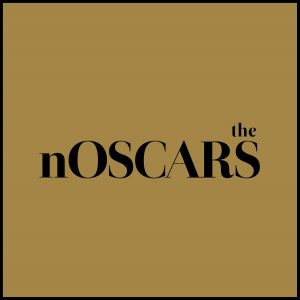 London Friend's Max Hadermann in our SASH partnership has been awarded the 2019 nOSCAR by NAZ for his work with Latin communities. The nOSCARS showcases innovation and outstanding community impacts in the sexual health sector, and is dedicated to raising the profile of the people and projects that are making headway in improving the sexual health and wellbeing of our BAME communities. The Latin Award recognises an individual or organisation who passionately supports and helps overcome the barriers between Latin Americans in the UK and their sexual health.

London Friend has been awarded the Queen's Award for Voluntary Service in 2016. It is the highest award given to UK volunteer groups, being equivalent to the MBE. The award issued by the Queen of England recognises the extraordinary work volunteers continue to put into the charity. London Friend has a very dedicated yet small staff, but most of the services are run by hundreds of trained volunteers, who give their time and energy to London Friend. Without them London Friend would not be able to support the LGBT community as it does today.

London Friend received the GSK Impact Award in 2016. The GSK IMPACT Awards provide funding and training and development for charities doing excellent work to improve people's health. They are funded by GSK and managed in partnership with The King's Fund. The Award recognises the work London Friend has done to adapt as an LGBT organisation to meet the changing needs of our communities. It particularly focused on the work to highlight chemsex trends to healthcare staff and policy makers.

London Friend's Antidote Manager Toni Hogg was awarded the Attitude Pride Award in 2015. The award celebrates ordinary people who make an extraordinary difference, large or small, to the lives of LGBT people in the UK. Toni was awarded for managing the Antidote service, which tackles issues around alcohol and drug use, especially challenges in the chemsex scene. Antidote offers a free drop-in service for the LGBT community, as well as keyworking, group work and structured weekend programs. You can find more information about the award and London Friend here.

London Friend has been awarded the Nation Diversity Award in 2014. The National Diversity Awards celebrates the excellent achievements of grass-root communities that tackle the issues in today’s society, giving them recognition for their dedication and hard work. London Friend was successful in the Community Award for LGBT Organisations category, an award which recognises the contribution of our organisation supporting LGBT people. This is a fantastic achievement which values volunteers and staff team do improve the health and well-being of LGBT people.

Find us on Social Media