Richard Desmond, the first person to challenge the Age of Consent for Gay Men in ECHR 1980 and a long-standing volunteer at Switchboard LGBT+ Helpline

To mark the last week of  LGBT+ History Month 2022, we're celebrating Richard Desmond's incredibly long history with Switchboard as well as his role in challenging the Government over the age of consent.

In 1982, Richard Desmond (he/him/his) became the first man younger than the minimum age of consent for gay sex in England and Wales to challenge the higher age of consent using the ECHR. The Commission confirmed that the UK had the discretion under the ECHR to “fix the age under which young people should have the protection of the criminal law” and dismissed Richard’s complaint. It took from 1967 to 2009 to equalise the age of consent at 16 for everyone across the whole of the UK.

Since the early 90s, Richard has been lending a non-judgemental listening ear at Switchboard LGBT+ Helpline, a confidential anonymous listening service since 1974.  As a role model living openly with HIV since 1985,  he become a tireless campaigner for safer sex, challenging HIV stigma by making a difference to the most vulnerable in our communities in need to be heard and supported. 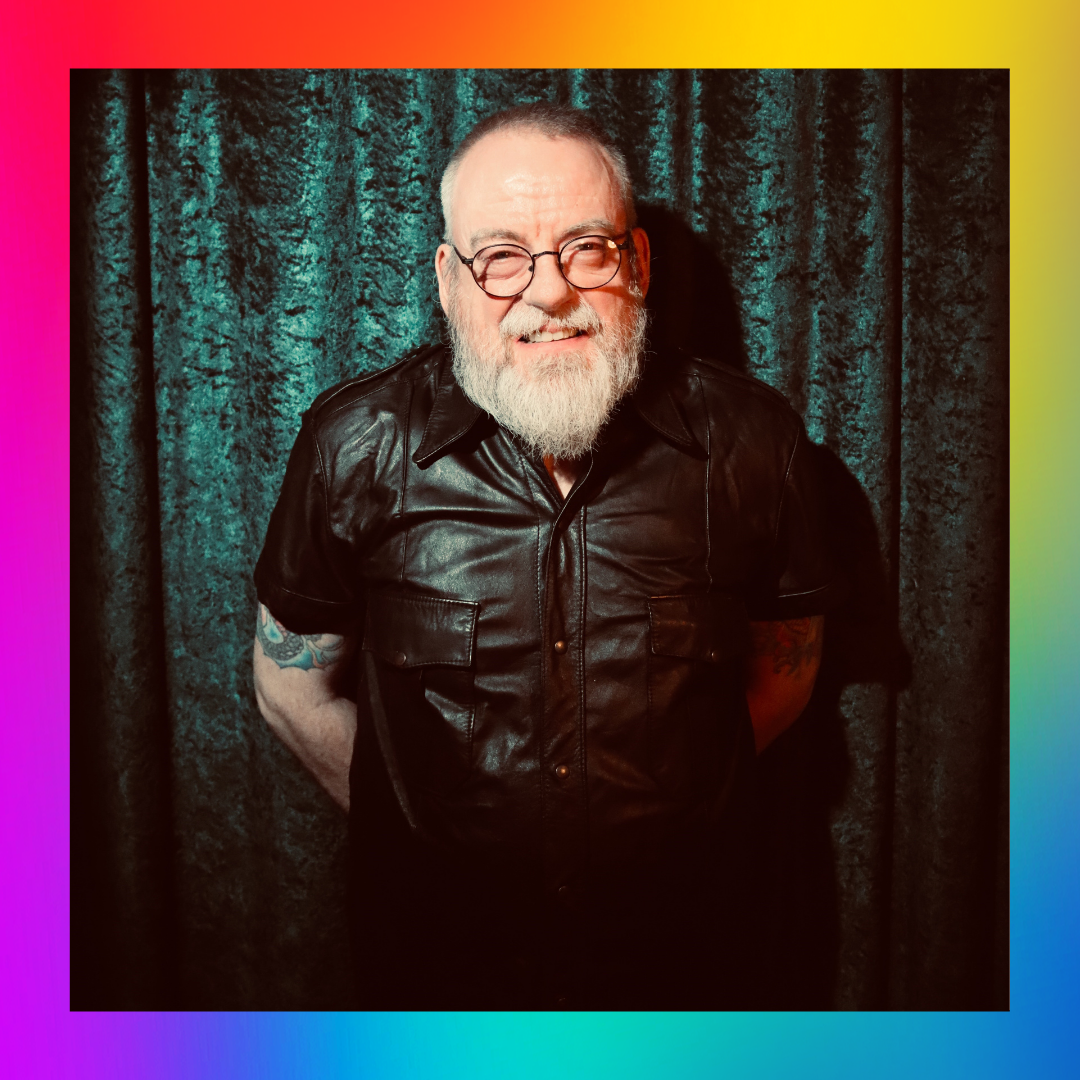 "I was a teenage sex criminal, at 17 (admitting sex at 16), the first applicant to the European Court of Human Rights to challenge the Age of Consent for gay men, my Mum having signed the papers. At around the same time, I first joined Switchboard, later having to resign after my Dad phoned up drunk and threatened to go to the Daily Mail.

In 1985, I was diagnosed with HTLV-III (now HIV).  With the urgency of the time, I became evangelical promoting safer sex and Switchboard - my outlet re-joining in 1993, knowing there were lots of volunteers, my being ill wouldn’t wreck anything.

The grief and anger funnelled into action. Switchboard’s role as a confidential anonymous listening service let us talk about sex and enthusiastically recommend safer sex.  Now, we can spread the joy of U=U & PrEP as well as condoms and plenty of lube.

Like all the over 200 Switchboard volunteers, I still try to get safer sex into every appropriate call and now there are instant messages from the Switchboard website as well as email.

The technology has changed but I’m still there listening because at Switchboard, like our sibling London Friend, we know being heard often makes a difference."

We are many communities bound together by bonds of friendship and common interest; we need to make the time to be together so the friendships can grow.