Due to the ongoing Coronavirus pandemic we are working remotely online.
Click here for more INFORMATION and how you can access SUPPORT from home.

Statement on the High Court ruling on puberty blockers 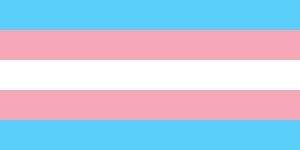 The High Court has today handed down its judgement on a case centring on the competence of people aged under 18 to consent to puberty blocking treatment. The ruling concludes that young trans people can be prescribed the treatment but only “where he or she is competent to understand the nature of the treatment”.

Judges made additional comments regarding the ability to consent, concluding it would be “unlikely” those under 13 and “doubtful” those aged 14 and 15 could “understand and weigh the long-term risks and consequences of the administration of puberty blockers”.

London Friend typically works with adults aged 18 and over. We support many trans and non-binary people aged over 18 who are experiencing mental health issues, often as a consequence of resolving their gender identity as they have grown up. We are concerned that today’s ruling will create additional distress for young trans people and their families, who already have to wait well beyond the NHS’s standard waiting times for support.

London Friend does not make clinical decisions such as prescribing; these are made by experienced clinicians working with young people and their families following careful assessment over a period of time. Puberty blockers are a treatment intervention supported by the WPATH Standards of Care, which notes that “Refusing timely medical interventions for adolescents might prolong gender dysphoria”.

Today’s ruling is a blow to young trans people and their families, who now face uncertainty about their access to treatment. We are concerned that this may also increase risk if people ‘self-medicate’ by turning to unregulated sources without proper clinical assessment or observation.

We welcome the news that the Tavistock and Portman NHS Trust plans to appeal the Court’s decision.

Puberty blockers are only one of the interventions currently provided by the NHS GIDS service, and to only a smaller number of young people than the total number they support. The number of young people requiring psychological support to explore their gender issues is far greater. Yet waiting times for the service mean that patients being seen for the first time in December 2020 were first referred in 2018. This is unacceptable. We call on the Government and NHS England to urgently increase the capacity of gender identity services for under 18s in order that young people can – at least – access this vital psychological support they need in a timely manner.