Due to the ongoing Coronavirus pandemic we are working remotely online.
Click here for more INFORMATION and how you can access SUPPORT from home.

It’s 30 years ago today since the UK Government introduced the pernicious Section 28 of the Local Government Act. It prohibited local authorities from ‘promoting’ homosexuality. I was 17 and, well, not so much confused about whether I was gay, but more terrified because I knew deep down that I was.

It’s remarkable really that – on a personal level – Section 28 left me relatively unscathed. It certainly filled the news, and with it my impressionable mind, with the certainty that being gay was wrong, immoral, undesirable – and with HIV and AIDS padding out those headlines at the same time, as a man the message I took was that being gay was essentially going to kill me. This added to my fear and kept me from seeking out gay sex for another 4 years and from telling anyone for another 5.

Looking back, it may have been this very fear that perversely protected me because I just couldn’t engage in it too closely. I even eschewed the opportunity to come out in solidarity with a schoolfriend for whom the atmosphere of the day had seen him outed because I was paralysed with the terror of it all.

I’d never had a role model: had I been straight I’d have known exactly what was expected of me – I’d had it reinforced since a very young age, every one of my parents’ friends were ‘normal’ man-woman couples, and most were bringing up children. At best I might grow up to be a camp shop assistant a la Mr Humphries, or at worst one of the sad, lonely middle-aged men whose sex lives were restricted to furtive encounters with rent boys I’d seen on the first TV documentary I remember as a teen. How did the meaning of the word gay jump from being happy to this? 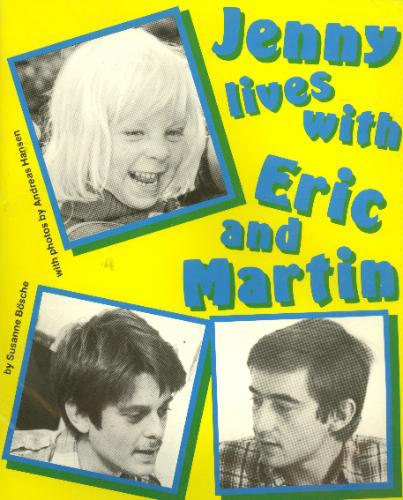 30 years on I’m one of the lucky ones. I’m robust in my identity, and I can now handle the homophobia that’s still thrown at me, whether it’s the overt name calling on the street or the ongoing systemic omission of people like me in policy, public services and social conscience. And things are immeasurably better, I don’t want to lose sight of that.

My inability to engage with being gay too closely in my late teens and early 20s was my unlikely buffer. But I see through my work everyday that there’s still generations of us not that lucky, they’re dealing today as adults with the impacts – substance use, anxiety, depression, and other poor mental health – of years of being told who they are was wrong, immoral, undesirable - by family members, by the media everyday in the papers, the news and the stories they saw in film and TV. And then reinforced by the Government passing a law that left us in no doubt how unwelcome – even how hated – we were. It’s no coincidence that identity, and people’s sense of personal (dis)comfort about who they are as lesbian, gay, bi or trans people, is still at the heart of almost every interaction we have.

Ultimately, I feel Section 28 was for many people the last straw, the step too far. It certainly spurned some of the most structured campaigning for LGBT rights through the creation of organisations like Stonewall, but with the long fight to repeal – and then atone – for it, much of the damage was already done. As we reflect on the prevailing attitudes of the day it’s saddening to see exactly the same arguments that were used to justify such hatred of gay people being made, sometimes still in the same publications, about trans people today.

The repetition of misinformation and scaremongering about the Gender Recognition Act is from the same school that would have had us believe gay men were paedophiles. They claim that being trans is being ‘promoted’ (that word again) by a ‘lobby’ that’s dangerous to children. (There’s an irony in how, for some, young trans men are supposedly being “encouraged” to transition rather than be lesbians.) Even where there may be legitimate discussion to be had about the interface of trans rights and women’s rights, trying to do this in language that directly echoes that of Section 28 is going to turn off anybody who now sees just how horrific the whole thing was.

I’m deeply saddened that we have this anniversary to mark; it’s an enormous blemish of the UK’s mostly progressive march from the 1967 Act that began the long journey to gay equality. But I’m happy to mark it knowing it’s another nail in the coffin for the attitudes that allowed it to happen. We’ve plenty still to do, not least the fight for LGBT-inclusive sex and relationships education, that gives children like I was, children growing up lesbian, gay, bi or trans, those vital early role models. They don’t even need to know they’re LGBT yet; but they do need to know there’s nothing wrong with it if they are.