Our CEO Monty Moncrieff is awarded an MBE

London Friend’s Chief Executive, Monty Moncrieff, has been awarded an MBE in the Queen’s Birthday Honours. 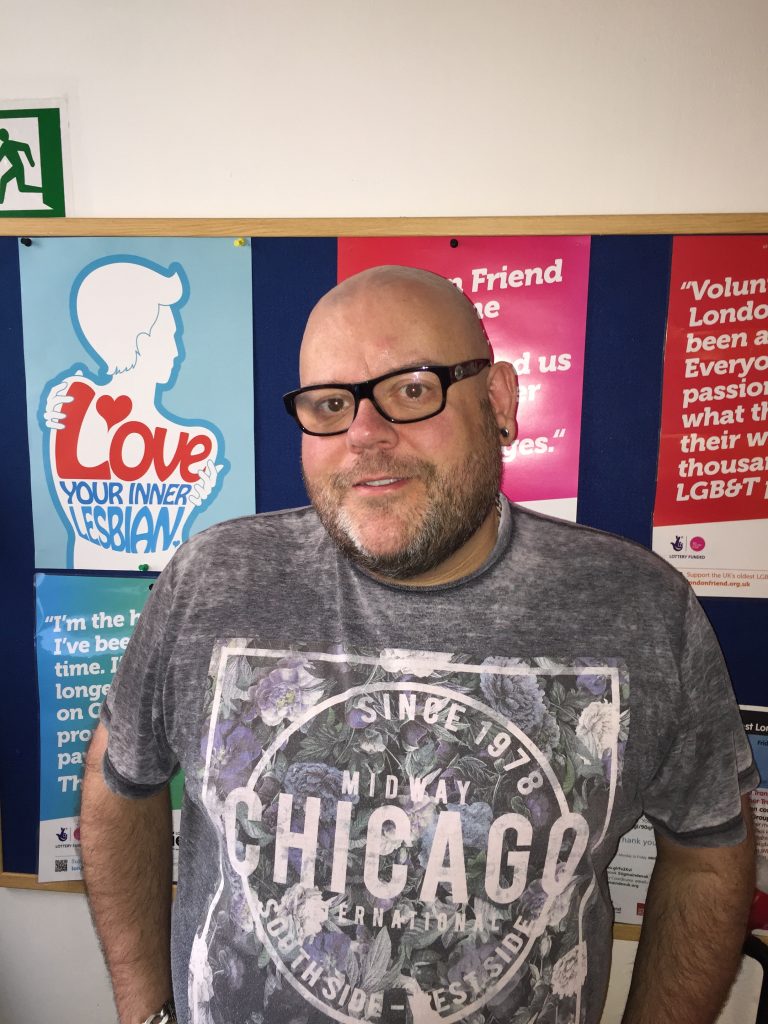 The award, for services to LGBT equality, recognises work done by London Friend to improve the health and wellbeing of LGBT people.

Monty has been working and volunteering with LGBT organisations for over 20 years, campaigning for LGBT equality and delivering direct support services to improve the health and wellbeing of the LGBT communities.

Speaking about the award, Monty said “I’m delighted and humbled to receive this acknowledgement for the work I do with London Friend. I’ve always been passionate about working for LGBT equality, and I’m happy that the work our LGBT community organisations do is now recognised in this way.”

He added “Working to improve LGBT equality has been a hard fought battle by many people over many years, often having to engage with those who have different views and who oppose our rights. Thankfully we’ve made a lot of progress, but that battle is still pertinent today, and I’m grateful for the many people who support our LGBT communities, including through volunteering. I’d like to pay tribute to them, including our fantastic volunteers and staff team at London Friend.”

Monty joined London Friend in 2011, and was appointed Chief Executive in 2012. He has been working and volunteering with LGBT organisations for over 20 years, starting as a helpline volunteer and subsequently a trustee with Switchboard in 1996.

In 2001 he joined Turning Point to develop their LGBT drug and alcohol work, and the following year established Antidote, the UK’s only fully LGBT run specialist drug and alcohol service, which is now managed by London Friend. Antidote was the first service in the UK to report chemsex and Monty has been leading the response, developing treatment services and training healthcare professionals. He has written guidance for drug and alcohol services to improve their work with LGBT clients and a briefing on alcohol support for LGBT people for Public Health England.

In 2010 he joined the Department of Health to lead a national programme of LGBT equality, working with stakeholders in the LGBT sector and the NHS, as well as with policy makers to improve LGBT inclusion in key health strategies such as Mental Health and Suicide Prevention. This work helped the Department rise to 24th in Stonewall’s Top 100 Workplace Equality Index and to 3rd place across all Government Departments in the Civil Service’s Trans Equality Index. Since returning to the LGBT voluntary sector he continues to work with Government, the NHS and Public Health England through the National LGB&T Partnership and working groups including chemsex and gender identity policy.

Monty was included in the Independent on Sunday’s Rainbow List of the top 100 most influential LGBT people in Britain for three years in 2013 – 2015. At London Friend he has led the organisation as it has won a National Diversity Award, a GSK Impact Award in partnership with The King’s Fund, and the Queen’s Award for Voluntary Service.

Outside of work he’s mildly obsessed with the Eurovision Song Contest.